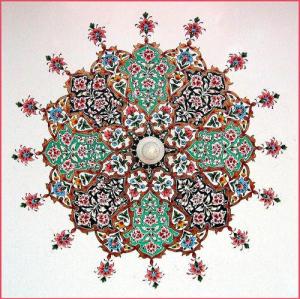 By Islamic belief, artwork is flawed compared to the work of God. It is thought that attempting to depict the realistic form of an animal or person is religious heresy. Thus Islamic art generally, but not always, lacks realistic humans and animals, and is noted instead for its intricate and elaborate patterns and designs.