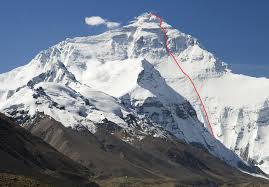 Mount Everest is the tallest mountain on earth, but So What?

Many standard physical measurements such as height and volume are human conceptions. There are a nearing infinite ways to measure water and land objects. None are intrinsically better or lesser than the other possible measurements. Picking the ‘best’ measuring method for water is like picking the most accurate identity in a cloud— you might see a castle in the design of cloud, while your friend might see a princess. 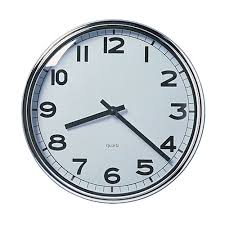 Is out concept of time a universal absolute thing or merely a human construct?

For easy understanding and practical convenience humans chose volume as the key measure of water, height as a key measure of trees and weight as a key measure of rocks. Most lay humans and even scientists see volume as something intrinsic to liquid, but it’s just an idiosyncratic humans conception. Volume as a measurement has as much to do with the way the human mind operates as it does to do with orange juice. Just as your friend seeing a princess in the cloud is more a reflection of your friend than the cloud.

Temperature: A very human way of measuring a chicken

Take mountains for example. The number one way to measure a mountain of course its it’s height. The Guinness Book of World’s Records doesn’t have entries for the heaviest mountain or the bluest or the smoothest. They list the tallest and the highest. No one cares which mountain is the bluest.

It should be of no surprise that special attention is given to Mt. Everest, the tallest and highest mountain. Amongst the general public, the apex of mountain climbing is scaling Mt. Everest. Most just assume its also the most difficult to scale. Expert climbers will tell you that K2 is significantly more difficult to climb due to the angles and remoteness. However, K2 doesn’t have the formidable reputation with the public as it’s only the second tallest mountain. To the public, tallest means toughest to climb.

Notice how the mainstream press measures motion pictures. They rank them by their box-office sales, something that that has little to do with art. They measure art as business transactions.

What is humorous about box office receipts as measurement of art is that the viewers purchase the ticket before they see the movie. Many people buy a ticket, then hate the movie.

Of course, CNN and NBC use box office receipts as measurement as they are convenient, seemingly concrete. They have a financial section staff that knows how to deal with financial statements. Objectively measuring and ranking by artistic merit would be great, but no one knows how to do that.

* You likely find it easier to judge the length of a pole if it vertical or horizontal than at an unorthodox angle. If the pole is at 73 degree angle, you might tilt your head to judge its length.

* There are problems in communication between folks who measure in Celsius versus Fahrenheit, yards versus millimeters. An American may find it hard to impossible to conceptualize temperatures quoted in degree Celsius.

* Scientists have yet to find the perfect way to represent light. In some ways light is like a wave, but in others it is like particles. These conceptions conflict.

* Meteorologists added wind chill factor and humidity to their descriptive repertoire, as they found temperature alone was unable to accurately describe conditions.

* Measuring can change the subject being measured. Methods of measuring running computer programs can slow or otherwise alter the program. In nuclear physics, measuring the location of an atomic particle change’s the particle’s speed. Runners run a shorter mile since the Olympics switched to metric.

* Measurements are never exact. There always is a margin of error.

* We can order and categorize information for our purposes, but not beyond that. We don’t know how things are ordered beyond our us.

* There have long been philosophical arguments about the nature of time. Isaac Newton said time was an intrinsic physical thing on the order of height or weight, while Gottfried Libniz said time, at least as we conceive it, is just a human construct to describe what we observe. Einstein’s centuries later Theory of Relativity showed that time doesn’t always act as absolutely as Newton thought.