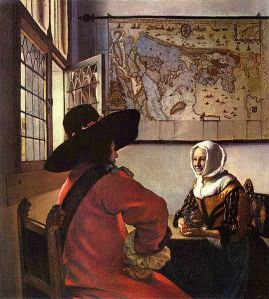 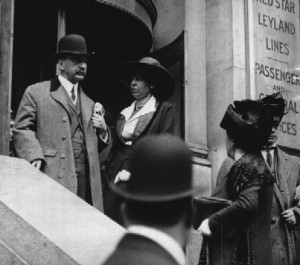 What do you suppose was going on here when the photo was shot?

Narrative is an integral part of how humans perceive, identify and judge information. A narrative is the conscious and non-conscious story we see or tell about our lives, attach to observed situations and still objects. Narrative includes perception of time, plotting, mood, point of view, emphasis (what is important. what is not), character motives, etc. When we look at a still photo or painting or a distant stranger couple standing at the light we perceive a story in progress. We may not know the story, but we know there is one. A cup on a table isn’t just there, there is a story of how it got there. Presumably, a human walked up to the table and placed the cup there, perhaps drank from it. Perhaps it will soon be takend to the sink or dishwasher. We know the earlier fox image was an observer’s snapshot of a real living animal in mid movement. A good guess is the fox is/was chasing prey.

The accuracy of the narrative obviously is no small issue. It also brings up the question of if the still image can be viewed independent of the narrative. The two knife narratives were for the same image. Can the cup on the table’s identity be determined as it is? Is how it got there essential to its meaning?

Much of our narratives are speculative, theoretical. We can guess but don’t know the whole story. The judgment of significance, motives and movements of the players is influenced by our biases and personal experience.

Consciously and non-consciously predicting what will happen is a necessary part of human function. To catch a ball, you don’t need to know just where the ball is at any given moment in flight, but where it will be at later moments in time. This is particularly true considering there is a very slight delay in light processing in our eyes and mind. What we see in our mind actually about a 10th of a second old. Good physical function requires prediction. Further, in many acts like catching a ball in a baseball mitt or hitting a baseball, the ball is not seen the entire duration. In the last portion of batting, the ball is not seen by the batter. Thus, good anticipation of movement is a requirement.

Many visual illusions involve false narratives, concerning what is happening in the viewed moment, what happened before the viewed movement and what will happen. The observer’s narrative differ from the reality. With movies we view a series of still images and non-consciously perceive them as realistic, flowing movement. The mind creates, and often cannot escape, this false narrative.

What is particularly interesting is humans apply narratives to abstract images and other information where it is not clear there is a real narrative.

Describe what going on above.  Even though this is an absctract combination of dots and lines, most will say this shows two balls racing towards each other. Viewers can even describe what they see as happening before and after this image. However, unlike a movie still or snapshot photo, there neither is nor was any before or after. As I am the one who created this design, I can assure that thia is the only image, the one and only existense of these dots and lines. There is no narrative with this image other than as speculated by the viewer. That it shows balls on a line is itself a product of the viewer’s imagination.

Whether there is a real narrative to the earlier Vermeer painting is debatable. It’s not a photographic snapshot where we can reasonably assume there was a real before and a real after. The narrative and resulting meaning exists in the viewer’s imagination.

As you can see artistic experience is speculative, theoretical. Art is a symbol and metaphor for something larger. Movement is imagined in the below Matisse, but it doesn’t literally exist. Even the artist imaging or symbolizing movement doesn’t make it literally exist. Duly note that artists often anticipate that different audience members will interpret the work differently from each other, including that which is not shown in the work but percieved to be implied.

“Any path is right, if— as according to Bach– it leads to the divine”— music historian Paul Epstein on J.S. Bach’s fugues, to which Bach never gave a playing order.

Aleatory art is art where the finished result is substantially out of the artist’s hands. It can involve chance or the musicians’ or audience’s choice. Many games are aleatory. Monopoly involves the roll of the dice. Poker involves the shuffling of the cards. Aleatocism in art can create fresh, inventive, unexpected results. If the results defies the conventions of plot, narrative and order, that’s the point.

J.S. Bach’s fugues are aleatory in that he never communicated which order the short musical pieces should be played. They can be played or listened to in any order, take your pick, randomly program the CD player. In the above quote, Epstein is saying an overall sublime aesthetic result justifies whichever fugue order lead to it. It’s reminiscent of the Hindi saying, “Any path that leads to God is correct.”

Novelist William S. Burroughs used the so called cut-up aleatory technique. Pages of text were physically cut up and randomly pieced back together, sometimes with text by other authors, creating new and often profoundly surreal meaning and narrative. Burroughs believed this type of collage more closely represented the human experience. Despite the conceit of linearity, humans don’t think or experience things linearly, one’s thoughts constantly flipping back and forth between past, current and future. Random little events and objects trigger memories and provoke speculation of the future. When you consider buying a can of beans in the grocery isle, you think about past meals and the future meal where these beans might be used. The human ability to identify flowers, shoe brands and people involves comparing the present to memory. Human intelligence and reasoning involves mentally flipping back and forth through time.

Broken Glass is the name of an aleatory computer storytelling technique that intentionally scrambles the tradition linear narrative. It is a computer web page made up of a plethora of small assorted images, often resembling a stained glass window. Each image is linked to a small piece of the story– a plot, a description, a picture, characterization, whatever. The story’s order is determined by the reader blindly clicking on the images.

The facts, scenes, characters, events and days of the week are always constant in Broken Glass, but the aleatory order in which the pieces are read affects the complexion, aesthetics, psychology and meaning. As any great novelist or film director will tell you, how facts are revealed can be as important as the facts themselves. A story told straight foreword is markedly different than the same story told in flashbacks. Knowing what will happen to a character, what she will do and how she will change, effects how you view her in the present. Knowing versus not knowing how the romance will end (or will it end?) effects how the movie goers view the lovers when the first meet, interact. Jumbled up order in and of itself has psychological meaning and symbolism.

Even with a physically bound paper book, the reader chooses the order in which the book is read. Whether or not they realize it, readers are as responsible for the order as the author, though the author usually gets the blame.

William S. Burroughs said the chapters of his novel Naked Lunch could be read in any order. That a reader read them 1, 2, 3 had nothing to do with him.

Dictionaries and encyclopedias are aleatory. Excluding the editors and writers, it’s possible if not likely that no two people have read the word definitions in a dictionary in the same order.

William S. Burroughs felt that the cutting up and shuffling together of different texts, included by different authors, revealed hidden information.