A complex and fascinating question is why do humans have such strong emotional reactions and human connections to art? Why do viewers become scared, even haunted for days, by a movie monster they know doesn’t exist? Why do humans become enthralled by distorted figures and scenes that aren’t realistic? Why do viewers have emotional attachments to comic book characters?

Famed Univesity College London neurobiology professor Semir Zeki said that, whether they realized it or not, great artists were neuroscientists. They experimented with and employed techniques– such as colors, angles and shapes– that manipulate and influence the audiences’ minds.

Zeki and neurologist VS Ramachandran have shown how our aesthetic and emotional reactions to and interpretations of basic qualities such as shape, color, designs, angles and more complex qualities are natural and innate, whether they appear in nature, a painting or movie. 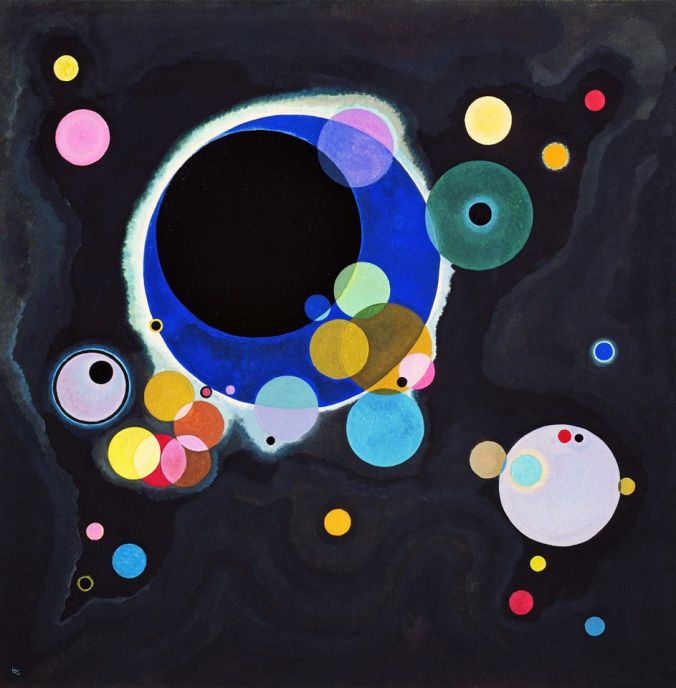 Art gives us intuitive, emotional, psychological, sublime and yes subjective insight into things, into ourselves and our world and perhaps reality. It expresses ideas that cannot be expressed through other ways.

Yet not only is art irrational and illogical, it is often based in lies.

The plot of a story is often illogical, physically and historically impossible and factually incorrect. A novel is literally made up. A science fiction movie is a figment of the imagination and never happened and never will happen. Abstract and many other styles of paintings do not picture physical reality.

What does this say about human thinking, about human knowledge, that not only does some of it lie beyond logic, reason, rationality and objective facts, that it is often found in the illogic, lies and irrationality?

Picasso said that “Art is a lie that takes us closer to the truth.”

Religion is much like art. It has stories, scriptures, dogma. I would say that they should not be taken literally. Even though I believed he likely lived, Jesus is a metaphor.

Religious scriptures, stories and symbols are not to be taken literally, but as with the fiction of a movie or novel give people insight, ideas, teach lessons and give intuitive knowledge. As with art, they communicate ideas, thoughts and feelings that cannot be produced directly or literally. Scriptures are metaphors and allegories.

It is a mistake of both the religious and the anti-religious when they take religious scriptures and symbols as literal.